I made an online reservation for a guided tour in Kyoto Imperial Palace for 30th May, so I made my way to Kyoto in the morning as planned. I didn't want to reach too early, but somehow I underestimated the time needed to take the subway from Kyoto station and walk to the palace from the subway station. So I ended up reaching the palace about 10 to 15 minutes later than the scheduled time. I managed to catch up with the group inside the palace and the guided tour duration is about 1 hour. 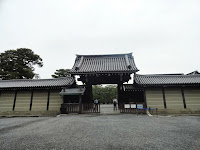 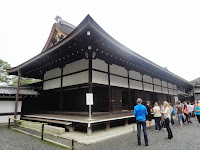 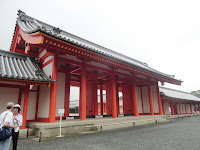 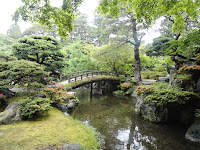 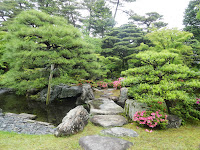 After the guided tour, I was in a little bit of dilemma which sights to visit next as there are just toio many attractions to visit in Kyoto and I can't possibly cover all the popular ones within 3 days. So, I decided to choose a few places that are near subway/train stations for today. I started off by taking the subway to Keage station and visited Nanzen-ji. 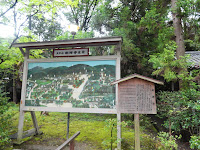 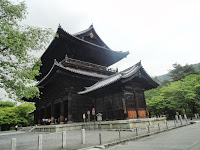 During the visit, it started to rain (more than just a drizzle) and I was starting to feel a little hungry. I went to the souvenir shop, bought some snacks to eat and rested on a bench while waiting for the rain to turn lighter. 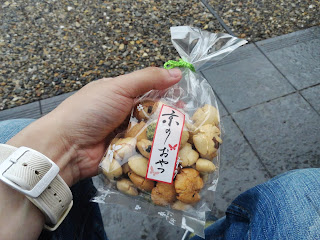 As the rain turns to a drizzle, I made my way to the subway station to take the subway to Nishiki Market in search of lunch. I also managed to find Nishiki Warai restaurant at the beginning of the market street. The door wasn't that conspicuous so it took me quite some time to find the restaurant though. I chose a set menu for lunch which comprises of yaki soba and okonomiyaki. I also ordered cooked beef and the bill came up to ¥1,585. 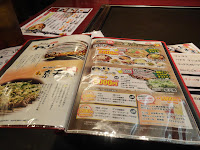 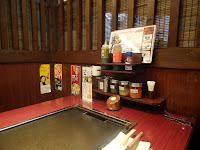 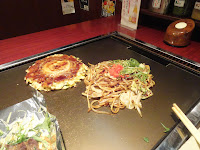 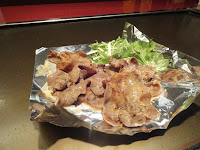 After filling my stomach, I began to explore Nishiki Market. Being my first market visit in Japan, the sight was certainly very interesting for me, especially when I love seafood. I also tried an interesting looking snack which is a mini octopus with egg in it. 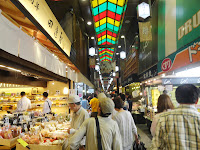 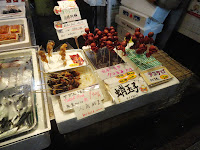 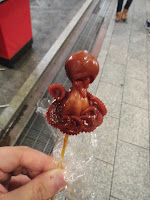 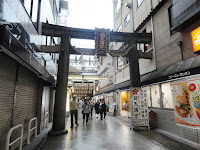 Next, I began to make my way to the train station and headed for the famous Fushimi Inari Shrine. It is one of the those beautifully decorated shrines in Kyoto. However, I did not go all the way to the summit as it might probably take 2 to 3 hours to ascend and return. Furthermore, I was feeling a little tired already. 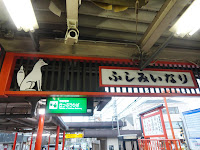 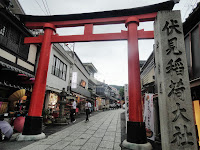 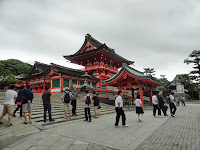 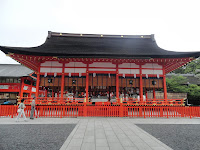 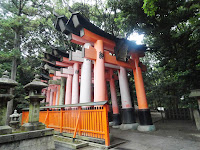 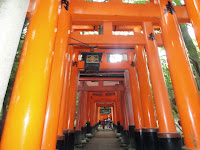 After the visit, I took the subway back to Kyoto station and did some window shopping since it was only about 4pm and was too early for dinner. For dinner, I went to Shabu Shabu Tamimaya in Kyoto Yodaboshi as recommended by a tourist booklet. I chose to have 90mins sukiyaki buffet and used a 10% discount voucher from the tourist booklet (which is also available at the cashier). Being my first time eating sukiyaki in Japan, I was a little lost at first and a waitress offered to help me and teach me how to cook my food. I ordered the beef course at first and also ordered pork and chicken later. However, I was unaware at that time that the buffet is only for one type of meat, and anything else will be charged extra. In my case, the pork and chicken added up to the cost. I was surprised at first since the bill was more expensive as what was estimated in the tourist booklet. Nevertheless, I enjoyed my meal and it's still not too expensive at ¥2,870. 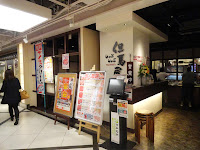 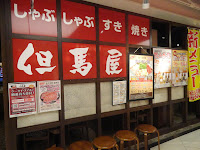 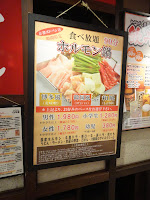 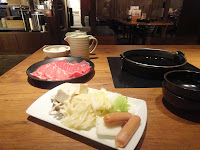 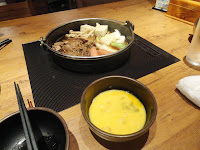 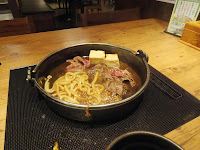 I did some shopping in the complex after my meal to end my day before heading back to Osaka. At Kyoto Station, I saw the beautifully-limit Kyoto Tower and also stopped to appreciate the musical fountain with lights show. 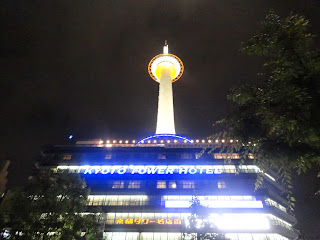 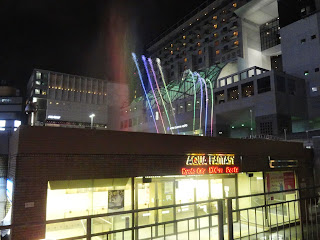