Took a quick bite (dinner) at the MRT station and took the long MRT ride to the airport. Unluckily, I did not get a seat on the train throughout the whole journey. After checkin, I roamed around till it's closer to boarding time. Almost wanted to get a cup of coffee until I remembered that I have to try to sleep as much as possible during my long flight. In the end, I went to a bar to get a bottle of San Miguel Light. But that's when I realised it's almost 10:30pm already. Rushed through my drink a little and left slightly before 10:45pm. 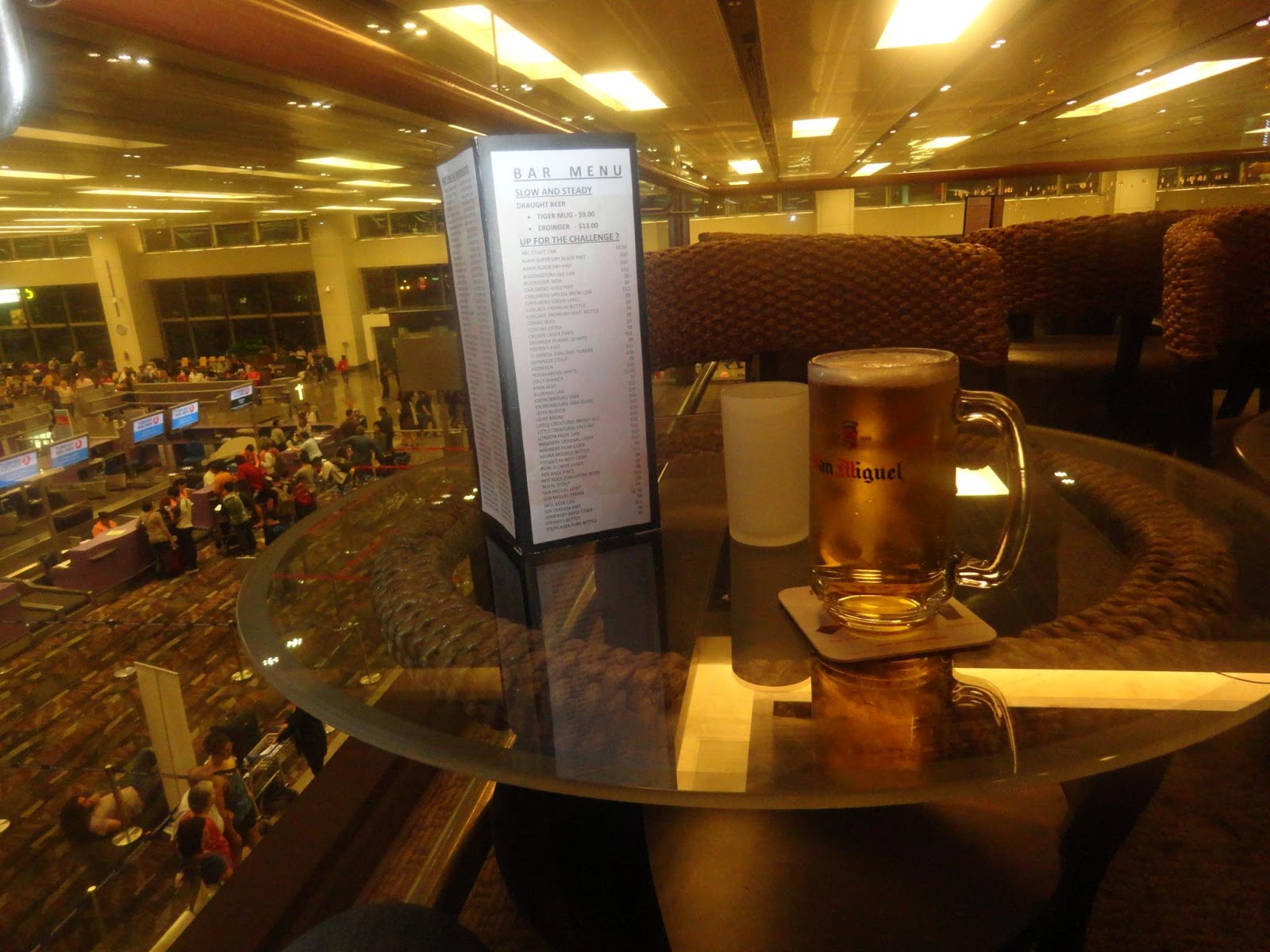 After settling the bill, I rushed a little to the gate and prepare to board my flight. Fortunately, boarding hasn't started yet. But it was only a short wait till the boarding starts. I was lucky to get a good seat with more leg room as I had checked in online the day before. Impression of the aircraft (A340-300) was pretty satisfactory except for the stuffiness before take off. Several passengers were getting a little uncomfortable and fanning themselves with the books/leaflets/etc.

2 meals were served during the flight. Dinner was served after 2:30am (SG time) and breakfast was served 2hrs before landing (approx 4am+ Helsinki time, or 9am+ SG time). In-flight entertainment was pretty crap since the screen quality looks ancient, but it didn't bother me much as I did not really use it. At 36,000 feet above ground, the temperature outside the aircraft was -50°C! wow!

At about 7:05am (Helsinki time), the plane finally landed in Helsinki Airport. The scenary around the airport was beautiful! Since my connecting flight is scheduled for take-off at 7:35am, we were told to make out way to the gate ASAP. Rushed my way and fast walked/run a little even. Finally reached the immigration and the stern immigration officer questioned my reason for visiting Europe and asked to see all my flight bookings (including return flight) and hotel bookings. After that, I rushed to the gate and had to take a shuttle bus since the airport is "in the middle" rather than just next to the gate. 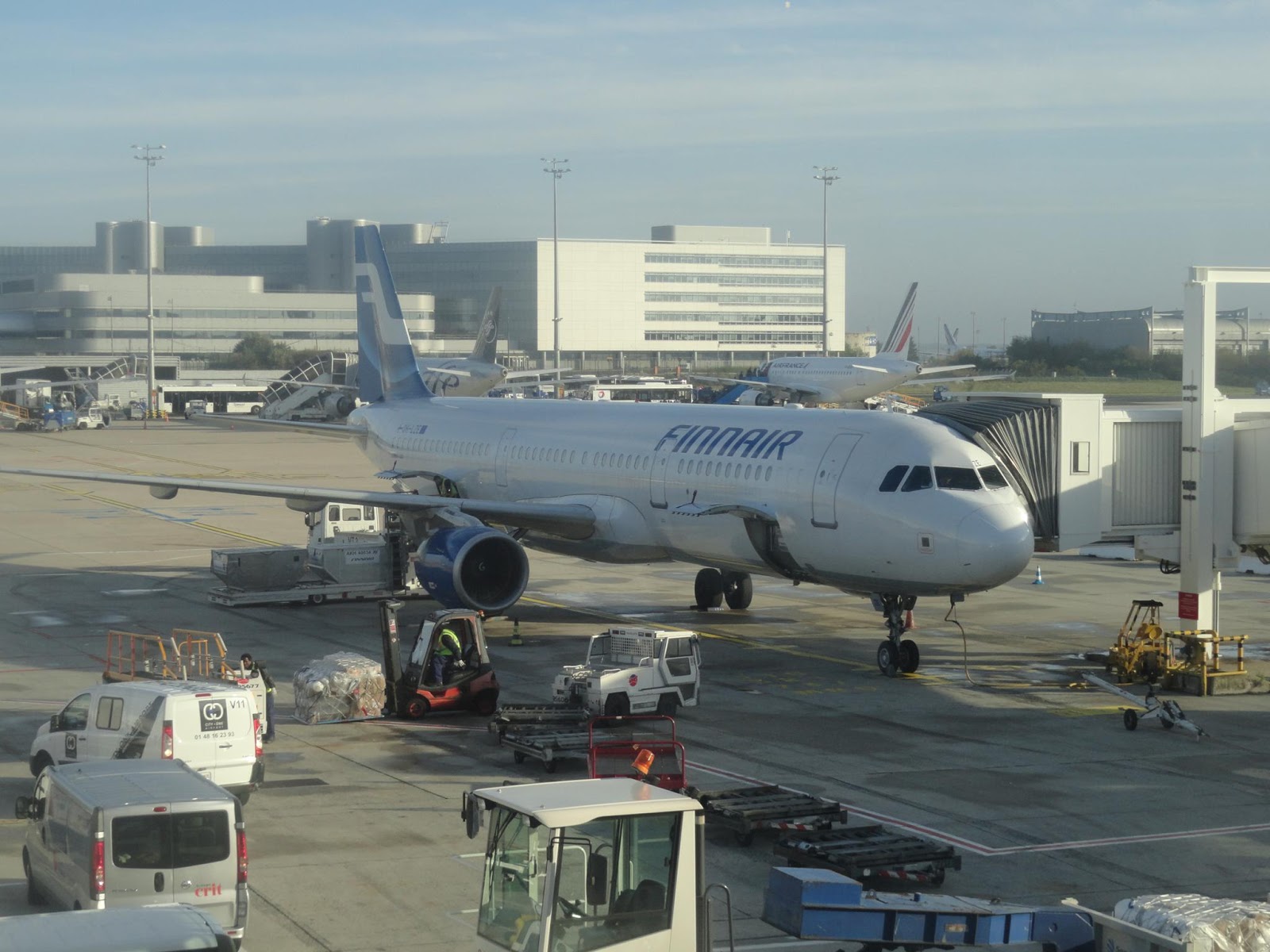 For this connecting flight, I got the seat next to the exit with more leg room again. The plane took off shortly (at about 7:40am Helsinki time) after all the passengers got up (I was among the last). The aircraft this time is A321 but it certainly looks more spacious than the short haul flights (especially the budget ones) in Asia. We got a simple snack in mid-flight and landed in Paris around 9:35am (France time). 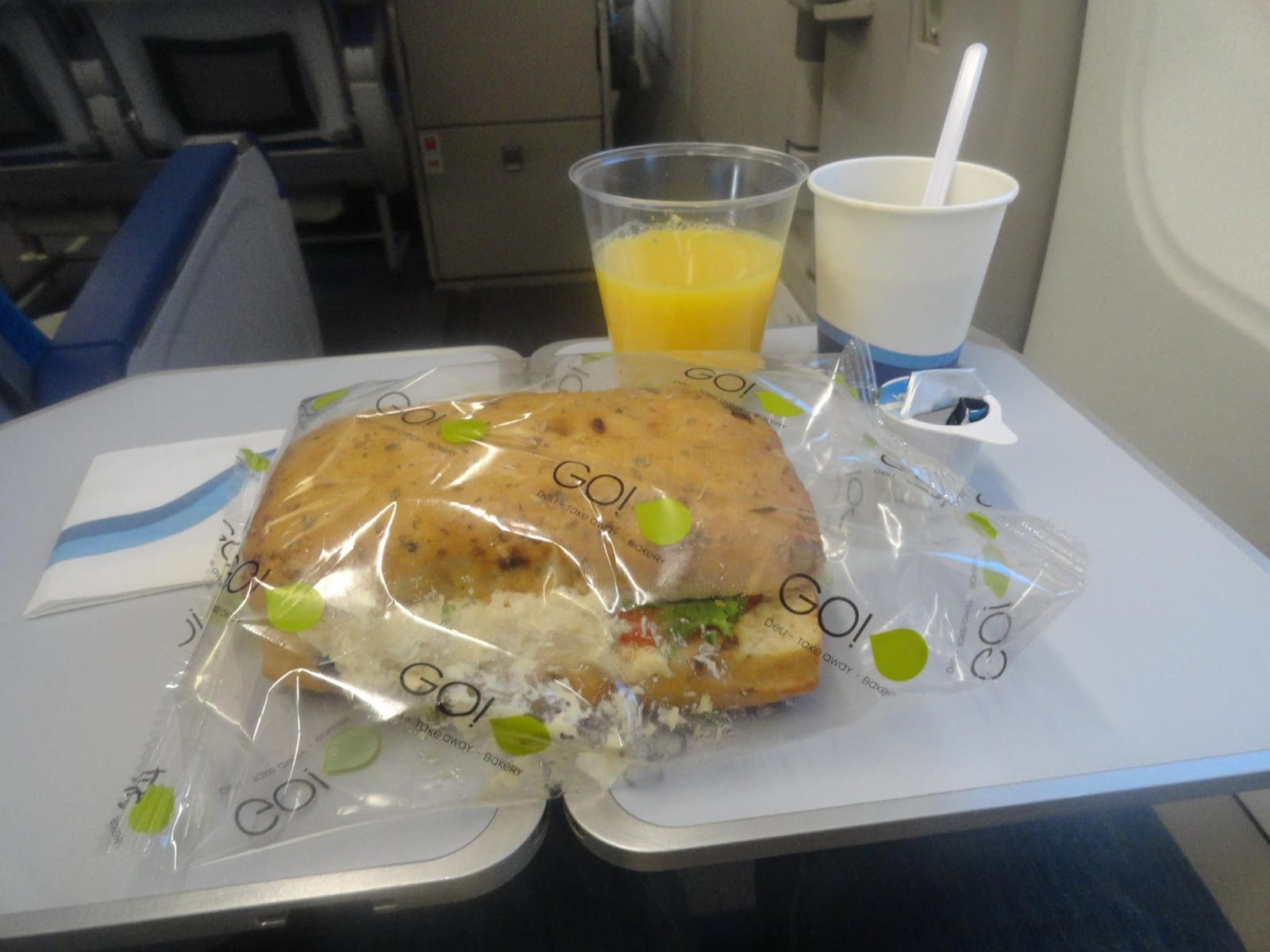