It's quite amusing that I woke up seeing the time on my phone showing 9am+ but wondering whether it is with DST effect. I reached for my watch and it showed 10am+. So, I've gained extra hour in my sleep. Feels just weird, though it's nice to have extra hour of sleep.

After washing up, I headed to a cafe nearby for a simple breakfast of croissant, a cup of expresso and a cup of orange juice. The set menu is called Petit Matin at Café Village Monge and costs €4.60. 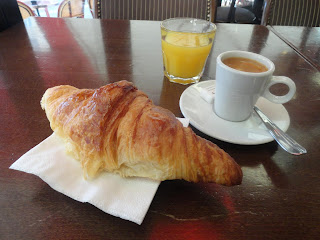 After the simple and typical French breakfast, I headed to the metro station and bought a ticket for zone 5 to go to Fountainebleu. I bought the return ticket as well and the total costs €17.10. I took a metro to châtlet and then transferred to another metro to go to Gare de Lyon.

At Gare de Lyon, I was struggling to find the right train service to take and there were signs/maps for every other train service except the one I need. After much struggles, I asked the guy at the information counter and got my way to the right platform to take my train to Fontainebleu. After arriving at Fontainebleau, I had to wait quite awhile in the cold weather for the bus. After a short bus ride, I arrived in Fontainebleau and walked a short while before spotting the castle. 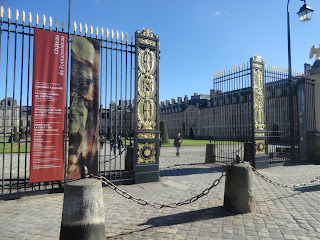 I headed to a nearby bistrot and had my lunch before I commence my visit. I went for a set menu and I was a little dissappointed that the duck breast in the menu was not available. I settled for ala-carte and ordered steak. I was a little surprised she didn't ask how I want my steak, and so it came with well-done. 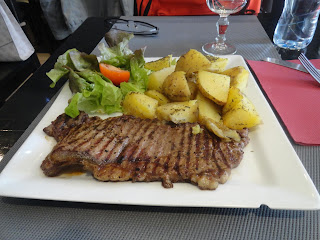 After lunch, I went to the castle entrance, bought my ticket at €10 and started my tour. It really felt good to spend the cold afternoon indoors. In the castle, there were many of Napolean's rooms exhibited and also of other French emperors. It was a pretty magnificent sight. I spent about 2 to 3 hours in the castle, but I think I missed some rooms due to some confusion. 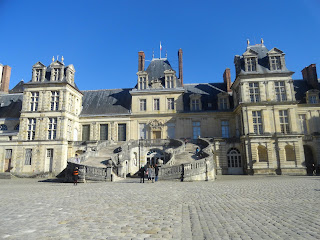 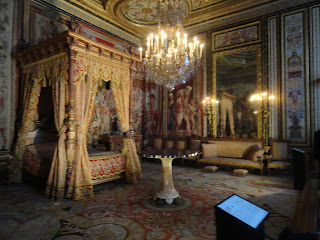 After the castle visit, I made my way to the gardens and had crépe and hot chocolate for tea-break. After my little snack, I went out in the cold weather and took photos of the beauiful garden. A portion of the leaves on the trees were already changing color and it sure looks picturesque. 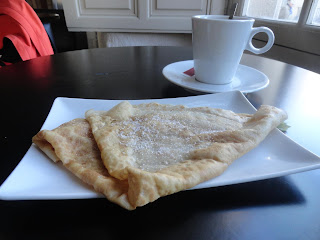 After spending time in the gardens, I decided to explore around the commune of Fountainebleu. After walking for some time, it got freezing cold and I wanted to head back to hotel. While waiting for the bus, I bought a piece of hot crépe with nutella. When the bus came, it was full and I had to wait for the next bus timing. I walked down to the earlier bus stop and waited in the cold weather with my fingers getting numb and I was almost shivering already. 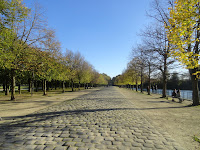 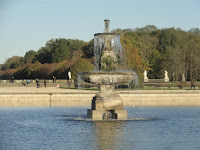 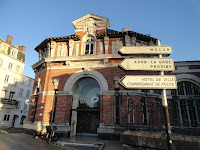 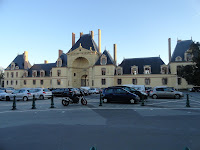 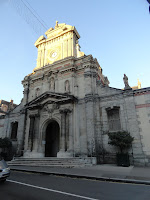 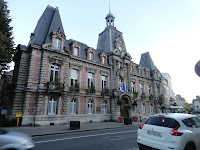 When the bus finally came at 6pm, I was so glad to have some shelter from the cold. I reached the train station a while later and had to wait about 20 to 30 mins for the next train. Most people were waiting for the train indoors where the ticketing area is and there were people who even bought hot drinks from the vending machine to warm up. When the train came, there was a little rush as most people wanted to stay away from the cold weather.

After reaching Gare du Lyon, I transferred to 2 metro services back to hotel. Before going back to hotel, I found a Chinese food place nearby and had my simple dinner of fried noodles and chicken balls. The dishes are priced according to weight and the total bill came up to €9.80 including a 500ml bottle of mineral water. It was quite filling actually, just like what I had for some dinners during my first week of Paris. After dinner, I headed back to hotel for a bath and slept quite early at 10pm+. Guess I was really tired for the day. 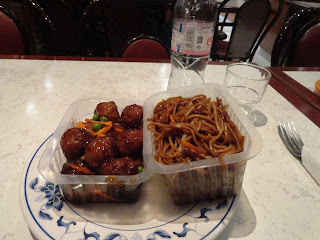 For more photos from Fontainebleau, check out my Picasa photo gallery here.
on Tuesday, October 30, 2012