My flight today is at 8:10pm, so I've got quite a bit of time left in Rome. Decided to start my day with souvenir shopping near Vatican City. After getting some gifts, I stopped by L'Angoletto ai Musei for lunch. After lunch, I continued walking around a little before going back to hostel to pack up a little and rest.

After a short rest in hostel and leeching the WiFi and electricity, I made my way to the metro station with all my stuff at around 4pm. Took a short metro ride to Roma Ostiense train station and waited for the 4:48pm train ride to FCO Airport. 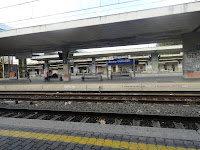 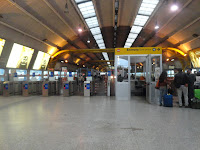 After checking in for my easyJet flight in terminal 2, I walked around terminals 1 and 3. Apparently, terminal 3 serves most of the international flights and also has most facilities. I ventured my way to a food court and was pretty lost at what food to order. Eventually, I gave up and made my way to MacDonald's for dinner. 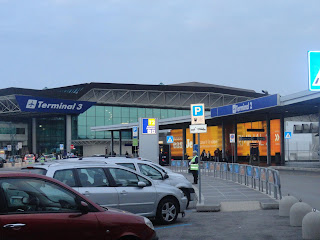 As I made my way to the departure hall in terminal 2, there was a pretty long queue to scan the bags and get in to the departure hall. I was a little worried that it might take too long that I might not be able to reach the gate before boarding time. Fortunately, the slowness was not too bad and I walked quickly to the gate to board the plane. 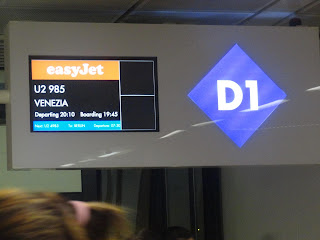 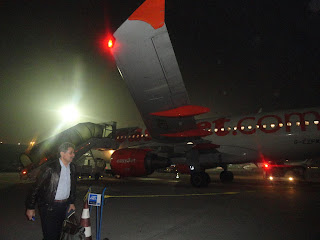 After everybody boarded the plane, there was a wait of 20 mins as there was a queue at the runway. The whole flight took only about 45 mins and I reached Marco Polo Airport in Venice at around 9:20pm. There was less difficulty in finding the airport shuttle bus to Piazzale Roma, the bus terminal where the main islands were. The bus took off at the scheduled time of 9:50pm and costed me €11 for round trip.

After reaching the bus terminal, I walked quite awhile before finding the hotel. By then, it's already pretty late so I checked in and had a quick shower before retiring for the day.
on Sunday, October 21, 2012