I started my first day in Venice with much walking and exploring. Passed by numerous bridges, plazzas and churches. I did not enter most of the churches as some don't seem to be open, and some charge an entrance fee. 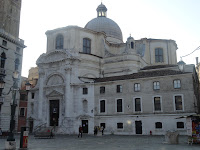 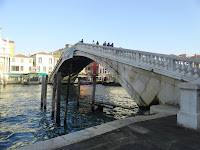 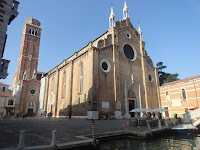 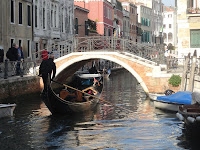 I also walked along the grand canal on several parts of my walk and saw the water buses, taxis, gondolas and tragghettos. The views by the canals and bridges sure are beautiful. I also passed by a fruit/vegetable market and spotted some stuff that I've never seen before. 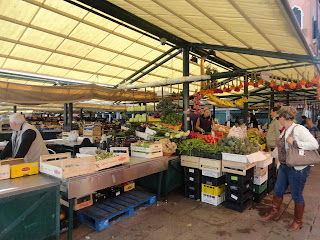 I noticed that there are numerous gift shops in Venice while I walked around. Interestingly, I noted that prices over in the touristy Rialto bridge seem to be more attractive generally. There are also alot of shops selling products made from Murano glass, e.g. photo frames, lights, clocks, plates, etc.

And just like other European cities, toilets seem rare and I ended up visiting one that costs €1.50 (it seems that this is the standard for public toilets in Venice). I even had to go to a shop nearby to buy some postcards in order to get some loose change.

After a quick lunch of calzone, I decided to proceed to the famous St Mark's Square. It's a really big square with shops in the perimeter as well as St Mark's basilica, the clock tower and doge's palace at one end. Museo Correo lies at the opposite end. 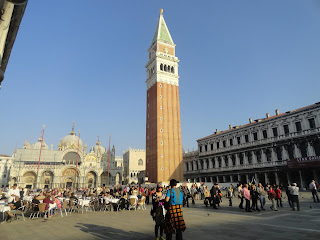 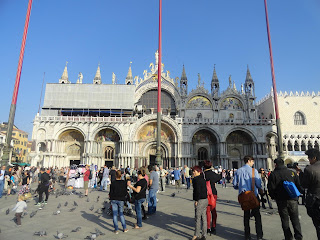 I decided to queue to get in to the famous basilica and had to leave my bag in the bag-drop counter. Photos were not allowed to be taken in the beautiful basilica, so I bought some postcards as souvenir. After the visit, I had gelato again while I take a short break, basking in the sun. 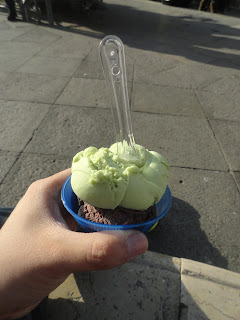 As it was approaching late afternoon, I decided to take a slow walk back to hotel to rest before dinner. Along the way, I found a tour agency that has guided tours to Burano and Murano for only €17. Decided to pay for the guided tour and booked it for the next afternoon.

After resting awhile in the hotel, I headed out for dinner at around 8pm. Before dinner, I walked around in the nearby areas and took some night shots of the grand canal and nearby bridges and buildings. 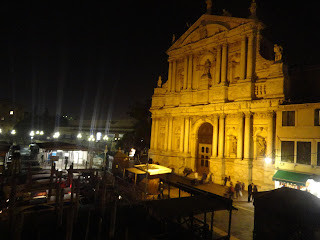 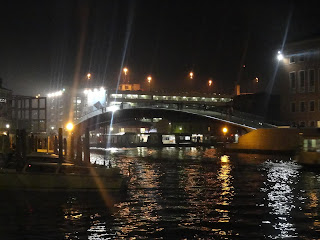 For dinner, I decided to go for a set menu. For the first course, I went for spaghetti with cuttlefish and black ink sauce. It's the first time I've tried the dish and I must say it tasted fabulous! For second course, I ordered pork with mushroom sauce. And it also came with the side dish, which I choosed salad instead of fries. I also ordered a 375ml bottle of chardonnay and it sure feels like too much. I was struggling a little to finish it and it certainly got me semi-drunk after that. After the dinner, I went back to the hotel, had a quick bath and went into deep slumber. 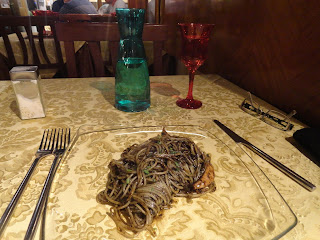 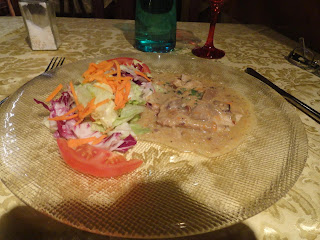