Woke up a little earlier today before 9am, but still a little clueless about itinerary for the day. Decided to visit the Jewish museum and have some boat rides for the rest of the day. The day started out a little colder than past few days with the RealFeel weather info on my phone showing 10°C and a maximum of 17°C for the day. 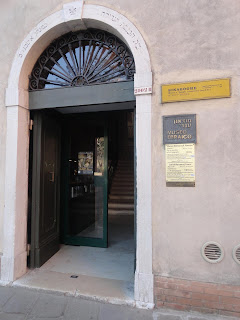 After the short visit, I made my way to a vaporetti stop (waterbus) and purchased a 12 hour ticket for €18. A single ticket would have cost €7. After some orientation, I found the right service number to board and made my way to Lido island. Along the way, I stood on the outside and took opportunities to take photos along the Grand Canael. However, it became too cold as the vaporetti was crossing a big body of water to get to Lido. 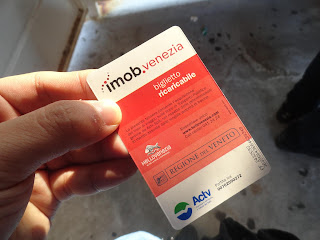 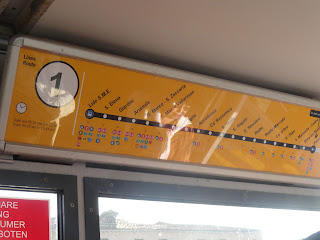 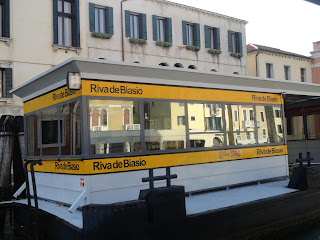 Over in Lido, I walked down a stretch of road lined with some shops and mostly cafes. It was already lunchtime and I couldn't decide where to stop by for my meal. As I walked to the end of the street, I saw the beach, which is the highlight of the island. I stayed in the sun on the beach for quite awhile and took some photos before I walked back down the stretch of road where I came from. Along the way, I decided to stop by in one of the cafes and ordered spaghetti with black cuttlefish ink for lunch. 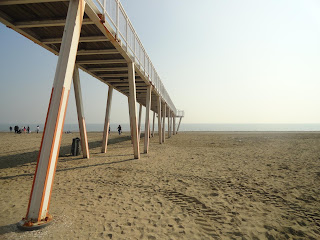 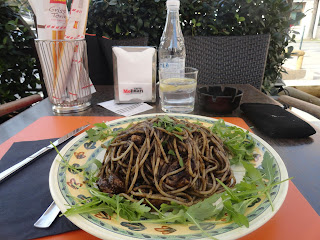 After my lunch, I went to the vaporetti bay and took the ride back to the main islands. I dropped off at St Mark's Square and hanged around a bit. I checked out the €28 gondola ride and found out it is a shared ride, so I decided to go for it. I must say the initial excitement of boarding the gondola, sitting in it and taking photos of myself in it is fantastic and priceless. After a while, it is just like a typical boat ride along the Grand Canal and the narrower waterways. The whole ride took 35 mins. 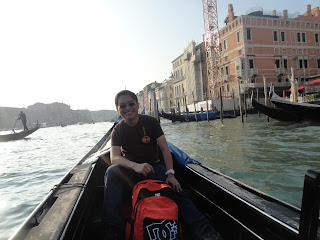 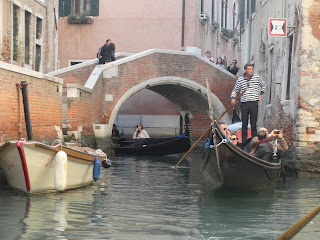 After the gondola ride, I decided to wait for sunset in St Mark's Square as I remembered there is a pretty nice view from there. The sun started setting at about 5:30pm+ and there was a nice sunset view closer to 6pm. The sun set quickly after that and I was able to catch some photos of the sunset views. 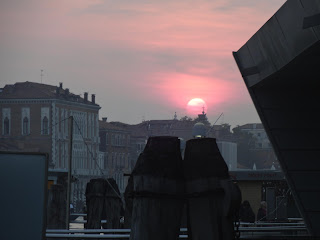 After the sunset, I took the vaporetti and was thinking of dropping at Rialto bridge to take some photos of the night view there. But when the vaporetti stops by Rialto stop, I noticed there was a huge crowd boarding the vaporetti. I decided not to alight as I do not want to be among a similar crowd when I get back. Hence, I continued my ride all the way back to the Ferrovia stop, where the train station is and where it is near to the hotel.

After alighting, I was wondering if any restaurants serve dinner at about 6:30pm. While heading in the direction of the hotel, I checked out one restaurant which has set menu. For first course, I ordered spaghetti al nero yet again. But this one definitely tasted better than the one I had for lunch. For second course, I had grilled salmon and "french fries" for side dish. The total damage including a bottle of water was only €15 and there was no service charge in this restaurant. I even noticed they had a tripadvisor recommendation sticker on their door. After the pleasant dinner, I headed back to hotel for the day's rest. 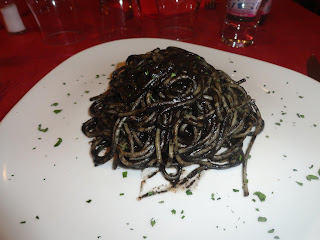 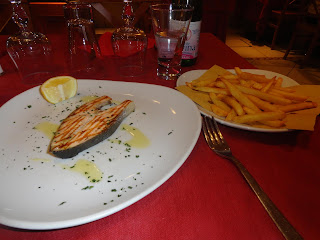