Started the day late (10am+) as room mates were still asleep and I didn't want to disturb them. It's a very small room, so any sound may be amplified and disturbing, especially for light sleepers.

Started the day by buying the visite pass and taking the metro to Les Invalides. Got a discount for the entrance fee because of the visite pass. Headed inside and was pretty awed with the exhibits in the armour museum, uniform museum, display of some machines used in war (and mock ups), and also the tomb of Napolean. The whole visit took me almost 3 hours and I took tons of photos inside. After the visit, I had a simple meal of toast and orange drink before I headed for my next destinations. 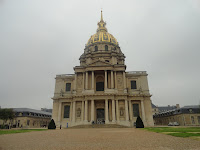 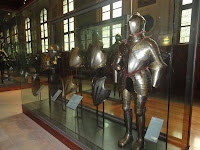 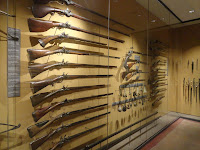 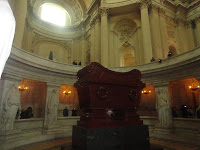 After my meal, I headed to Saint-Germain are to look for Orange shop, hoping they can help me with the activation of my prepaid card. Along the way, I spotted the Saint-Germain-des-Prés church and stopped for some shots. Headed for the Orange shop next and found it after some search. Managed to got help with the activation and was told that it will be ok in 24hrs time. 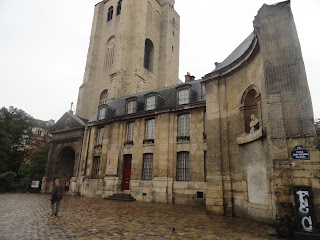 Next, I headed to Musée Grévin, which is a was museum. Started the visit with a short show of mirrors and lights, together with some objects. Certainly a pretty sight! Walked through the whole museum and saw many French artistes, international stars, sport stars, history characters, and even a section on cartoon/comic characters. 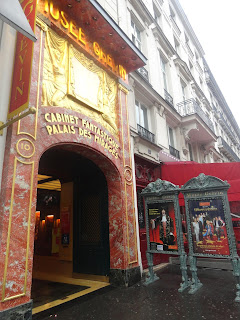 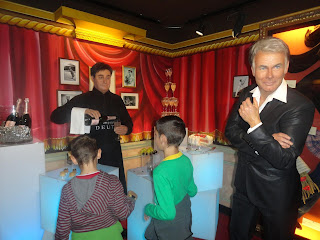 After the visit, I headed to Forum Des Halles to search for a new bag. My existing bag had a zipper problem that was really getting up to my nerves and posing a serious thread since it can't be closed easily. Managed to find a sports shop called Go Shop eventually and bought myself a new bag. Also managed to use free WiFi while I was in the mall.

After solving my bag problem (by buying a replacement), I headed to Opéra National for some evening shots and quickly headed to La Madeleine next for night shots. Unfortunately, it was already raining lightly by then and I couldn't get any decent shots for La Madeleine. 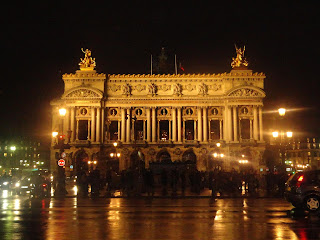 After my poor shots, I headed to a restaurant nearby called Paris London. Ordered a duck confit and it came with sauteed potatoes. Also requested for water and drank loads of it (2 jugs which probably make up 600ml). The duck confit was really nice and the whole meal was filling, not to mention getting bloated by all the water. After the meal, I ended my day at around 9:30pm and headed back to hostel. 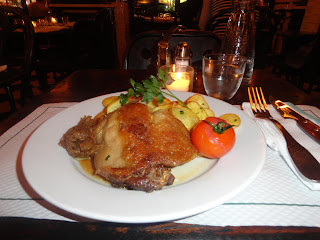 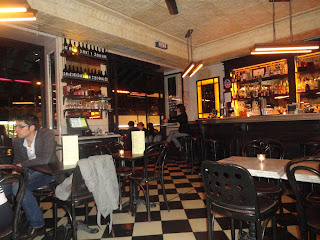