Started the day at around 10am+ and helped to guide a hostel mate to Cappella Sansevero as he couldn't find it yesterday. After getting there, I headed to the funiculore station to take the tram (like the tram up Penang Hill) up to the top of the hill. 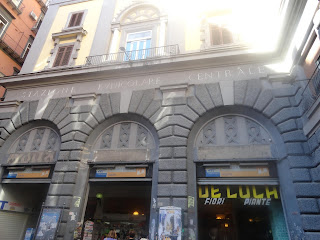 After reaching the top of the hill, I navigated my way to Castel Sant'Elmo. Along the way, I spotted a Carrefour outlet and decided to get some supplies there. Ended up with a 500ml bottle of sparkling water, a 500ml bottle of lemon tea, and a 250g pack of pasta. And all this costs only €1.44! As an Italian hostel mate mentioned, Naples is just different from the rest of Italy. It's slower, less stress and the prices are lower as decent profit returns are not their priority. 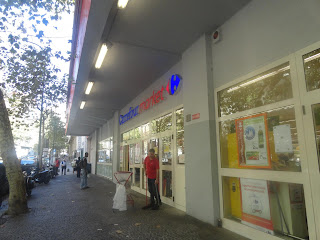 Headed to Castel Sant'Elmo next and used my artecard for free entry. That would count as site 4 out of the 5 free visits. Was a little surprised that there was no gantry or anybody checking the tickets at the entrance and took the lift up to the top anyway. I must say the view from the top is phenomenal. It's beautiful, beautiful and beautiful. There is a good view of the city as well as a view of the port and the sea. 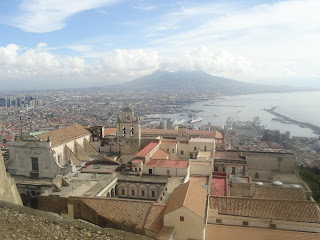 After the castle visit, I proceeded to Certosa di San Martino which is nearby. I used my artecard again for this last free visit. I certainly made full use of the artecard. Managed to save €10.50 in total so far with the help of artecard. When I entered the museum, I saw some pretty and old carriages. There was also a room which is the naval museum. Unfortunately, it seems that other parts of the San Martino is closed. Headed back to the funicolare station after the short visit and took the tram down to Augusteo station. 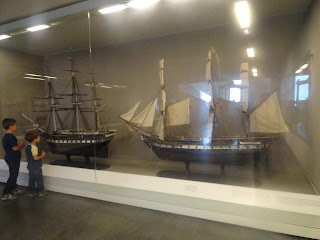 It's already almost 2pm by the time I reached the bottom, so I decided to look around for lunch. I ended up at the same cafe I patronised 2 days ago and ordered pasta and coffee. After the simple lunch, I made my way to Palazzo Reale. On the way, I decided to get some ice-cream since today is a better day to have it due to the better weather. 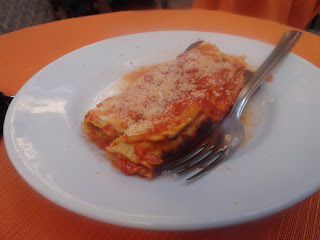 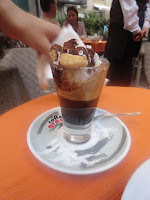 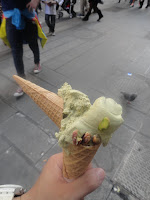 I walked a short distance to Palazzo Reale, which means Royal Palace. I paid €3 instead of €4 for the ticket with the help of artecard. As I walked inside the palace, I was pretty amazed by the design and grandeur of the palace. I took some photos although usage of cameras and phones are prohibited. I saw quite a number of visitors snapping away with their cameras anyway. After the palace visit, I headed my way to Napoli Sotteranea. The English tours are available every 2 hours from 10am to 6pm. As it was slightly before 5pm, I had to sit down for a long break while waiting. I paid €8.30 for the guided tour, which is after €1 discount due to the artecard. 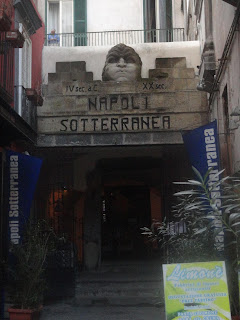 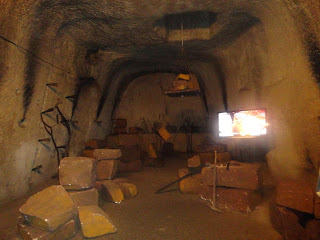 At the start of the tour, we were led to go down 119 or maybe 190 steps (the guide was speaking too fast and the pronunciation may be a little blurry as a result), and we were told that we will also need to take the same way up later. After reaching the end of the stairs, the guide introduced us to the underground story. The place started as a quarry and was subsequently used as wells as well as aquaducts. After some time, it became a rubbish dump. During the world war, people found it suitable as a bomb shelter and quickly filled the ground that was covered with rubbish, and also sealed all holes used for wells. The temperature ranges from 12 to 16°C and the humidity ranges from 90 to 100%. During the war, some people found it unsuitable to live in and decided to live on the streets as much parts of the city were heavily bombed and destroyed.

The next part of the tour involved us going through some very narrow pathways, and some parts were only 50cm wide. After the short tour of the aquaducts, we proceeded to part 2.

Part 2 involves the Il Teatro Romano, which has been destroyed. We were led to some parts of the excavations. Due to some laws in the city back then, some families did not have choice but to build their homes on top of the ruins of the theatre. The theatre that was originally there had a seating capacity of 6000. What's remained now are parts of the ruins and signs that are underground now. There was even one section that was only discovered last year!

After the tour, I settled for dinner at the pizzeria "recommended" by the guide as there was a 20% discount tied in with the tour. What really got me a little lost was that there is no menu and I didn't want Pizza Margherita. Ordered a piazza that didn't look like a pizza eventually upon the recommendation of the waitress who could speak decent English. When the pizza was served, she told me that I will like it (I later found out it's called calzone). Inside the crisy surface, there's cheeze, ham and salami. It certainly tasted great and I managed to finish it though I was struggling a little due to the big size. After dinner, I headed back to hostel. 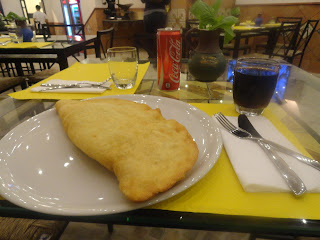 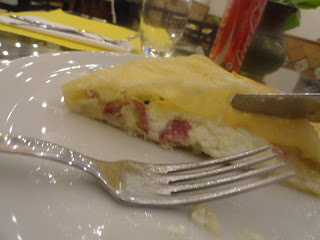