We woke up really early on our second day in Hong Kong as we intended to go to Macau and spend more time over there. After a simple breakfast at a random HK cafe-restaurant, we headed to the bus stop to take a bus to the ferry terminal. Unfortunately, it was still early in the morning at around 8:15am while the bus that heads to the ferry terminal only starts operating at 9am+. So, we walked to one of the smaller lanes and hopped on to a taxi to go to the ferry terminal instead.

At the ferry terminal, we were shocked to find that the earliest possible timing for economy class ferry tickets over the counters was for 12:30pm and the first class tickets are available for 9:30am timing. Seeing the prices for the first class tickets, we felt so reluctant to pay the extra. After a while, some touts offered us tickets for 10:30am ferry, at a cost of about HKD20 more than over the counter. Now, I understand why the tickets are sold out at the counters! Well, the ticketing offices are definitely happy for selling out their tickets since the touts are the ones taking the risk of not selling out their tickets. Maybe there's more to it than I know. We do not have much of a choice but to pay the extra rather than wait for more than 2 hours to board the ferry.

When we reached Macau, we were approached by tour agency representatives trying to sell their guided tour packages. After listening to a sales talk and the guy's sincere offer of HKD1200 for 4-hour tour for 3-persons, we decided to take the deal. It's not too bad if you consider just the convenience of transport alone.

For the first stop, we went to the Fisherman's Wharf which used to be a themed park that needed an entrance fee. However, visitor numbers were not encouraging and it became free for all. 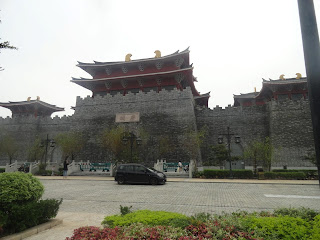 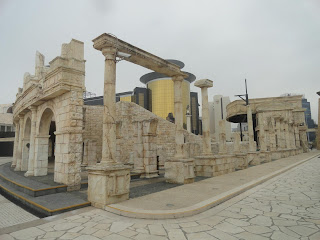 Our next stop is Wynn Hotel, and there is a prospertiy tree appearance show every 30 minutes during morning/noon.


After the free show, we stopped near Hotel Lisboa and Grand Lisboa for some quick shots. We also passed by Macau Tower before going to A Lorcha (near Ah Ma Temple) for lunch.

For lunch, we had grilled pork chop, grilled chicken and sardines ala Portuguese/African style. They really tasted great! 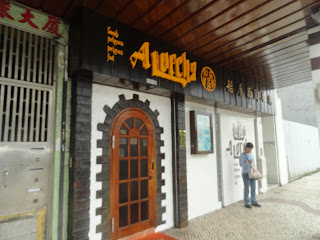 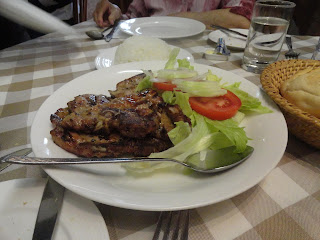 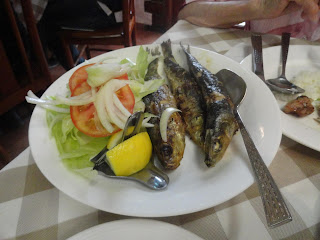 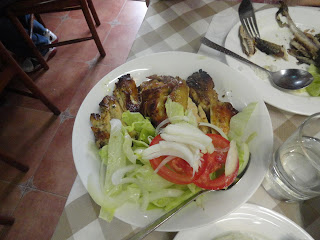 After the sumptuous lunch, we headed to the iconic ruins of St Paul's Cathedral and also ascended up Mount Fortress. 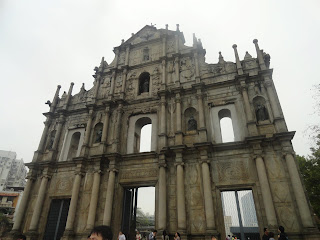 Next stop was St Anthony's Church. 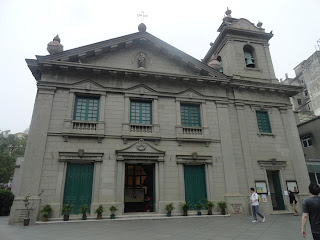 And our final stop was at Venetian Macao. 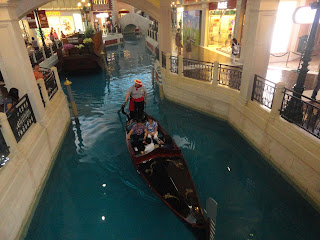 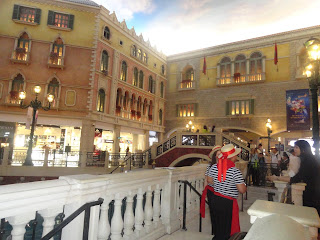 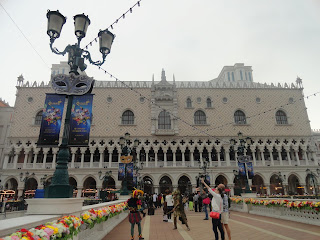 We also managed to try the drool-worthy Portuguese egg tarts at Lord Stow's cafe in Venetian Macao. They definitely tasted better than any egg tarts I have ever eaten before. 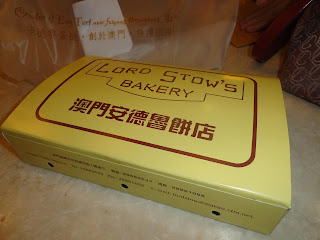 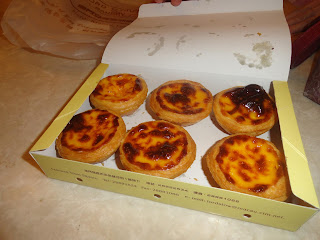