Needed a good break and was looking around for a destination suitable for travel in May or June. After much research, it came down to either Eastern Europe, Spain/Portugal/UK or Japan. As I started doing some research on Japan, I discovered that accomodation is not as expensive as expected, especially compared to Europe, Hong Kong and Singapore. Furthermore, the airfares by Malaysia Airlines and Cathay Pacific seemed attractive. I was more interested in visiting Hokkaido, but decided it's probably cheaper to fly to Osaka/Tokyo and take budget airline to Hokkaido instead. And I went ahead with my travel planning and bookings.

And so I started my trip by flying to Osaka on 25th May with almost 2 hours of layover in Hong Kong. I reached Kansai airport early in the morning and figured out where/how to take the JR train to the city. Fortunately, it was quite straightforward to get to my hotel from the airport. After dropping my luggage in the hotel and collecting the prepaid SIM card I ordered online, I found a cafe nearby and had my breakfast there. It was a simple breakfast set with toaste, boiled egg and coffee which costs ¥350. Not too bad to start off my Japan trip. 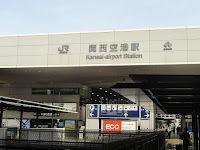 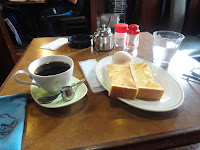 After my simple breakfast, I bought the ICOCA contactless card at the train station and made my way to Osaka castle to kick off my holiday. Apparently, the ICOCA card does not offer any discounts on transport. However, it does provide alot of convenience since I do not need to purchase single trip tickets and figure out how much to pay for every trip. Furthermore, it seems that ICOCA card is supported in train/subway networks in Kansai area (Osaka, Kyoto, Kobe, Nara) and also Tokyo.

I took the JR train via the Osaka loop line to Osakajokoen station, but I found out later that I took the wrong direction and went the longer way to my destination. When I reached the destination station, it took me some effort to locate Osaka Castle. Fortunately, I had the help of Google Maps and GPS thanks to my prepaid SIM card! When I reached the entrance, I discovered that there is a combo ticket for Osaka Castle and Osaka Museum of History going for ¥900. It seems like a good offer since I decide to visit both places and the tickets would cost ¥600 for each destination. I went for the combo ticket and started my first tourist destination visit in Japan. After walking around in the castle for a while, my thoughts are that the exhibitions are not that exciting. Furthermore, photography is prohibited inside the castle. However, the castle looks beautiful from the outside the view from the top of the castle looks good as well. After the short visit, I made my way to the Osaka Museum of History, which was about 20 minutes walk away. 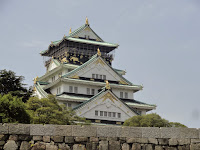 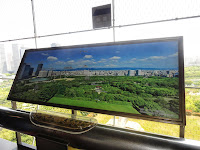 From the outside, the Osaka Museum of History doesn't look that exciting but after a short while, I discovered that they have alot of interesting exhibitions, from early history to World War II to modern Japan. Photography is allowed, so I took the opportunity to take lots of photos of the exhibits. 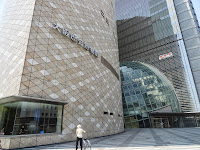 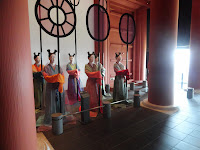 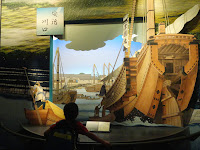 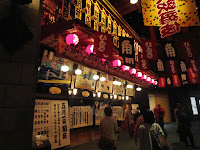 After the museum visit, it's time for lunch. I decided to make my way to Umeda to get my lunch before heading to Umeda Sky Building. I settled for ramen at Ippudo for my first proper meal in Japan. When I found Ippudo, I was a little discouraged to see the long queue and was in a dilemma whether to join the queue. When I joined the queue, I was delighted to find that the queue moves rather fast. In just 15 minutes of waiting, I'm happily seated inside the restaurant. Fortunately, they have English menu in the restaurant and I settled for charsiew ramen with egg for lunch. My first ramen in Japan was certainly very delightful. The soup is great, the charsiew is so soft and the egg is so perfect. I've never tasted anything close in Singapore before, much less at Ippudo Singapore which seems to serve totally "different" ramen. 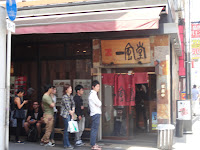 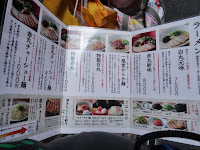 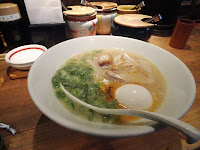 After lunch, I navigated my way to Umeda Sky Building with the help of Google Maps. Right at the open area on the ground floor outside the building, there seems to be some kind of carnival with tons of sake stalls and a couple of snack stalls. Unfortunately, I didn't have much luck finding out how/where they bought the tickets for sake tasting. After hanging around for a while, I decided to find my way up to the floating garden. It wasn't that straightforward as I needed to find the right tower to take the lift to level 3 and go to the middle tower to take the lift all the way to the top. When I reached the entrance of the floating garden, I found out the ticket price is ¥700. I wasn't too sure if it's worth the price but ended up paying for the ticket to go up to the observation deck anyway. Fortunately, it offers uncovered view and photos certainly turn out better without the glass. There was also a cafe and seats offering beautiful views 1 level below behind glass. 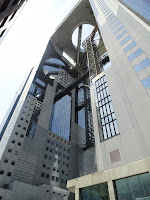 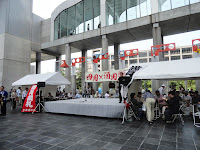 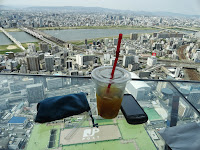 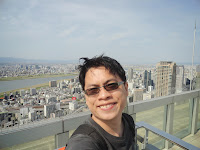 After a nice break, I descended back to the ground floor and noticed they are having some performances at the carnival area. The mascot and performers dressed in traditional costumes were dancing and even inviting many of the audiences to join in the dance. The atmosphere was definitely very lively and fun. 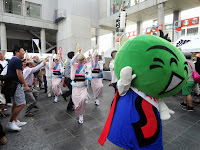 After the performances ended, I made my way to the subway station and headed for Kaiyukan (aquarium). Apparently, it's one of the largest public aquariums in the world and that's why I decided to add in to my itinerary. Besides, it's actually very interesting to see animals and marine life. 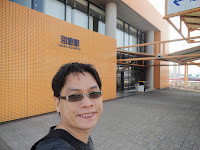 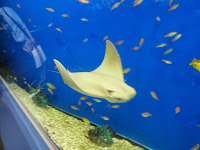 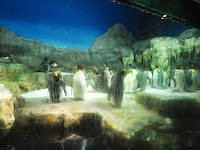 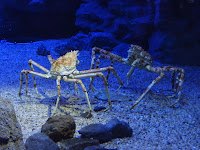 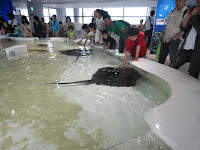 After the aquarium visit, there was a street performer performing some juggling acts outside and I sat down on the floor to watch his performance. At the end of the performance, it was very nice to see a big crowd of audience rushed to him to make their donations. As I enjoyed his performance, I also donated few hundred yen. This kind of enthusiastic donation for street performers is something we do not see in Singapore.


After enjoying the street performance, I decided to head to head to Dotonburi for dinner since it is a very famous food street in Osaka. After walking around the street for a while, I decided to go for a crab feast at Kanidoraku Honten (かに道楽). I ordered a 7-course crab course and also tried their special crab sake. The whole meal totals up to a bill of ¥5560. Although the meal is not cheap, such a meal would have probably cost at least twice as much in Singapore. Furthermore, the raw crabs were certainly heavenly. It was the first time I ever tried raw crabs and I was so surprised and delighted to find that it tastes so soft and so sweet. As for the crab sake, I found that the smell and taste are too strong for me and I only managed to drink about 10% of the cup of sake. 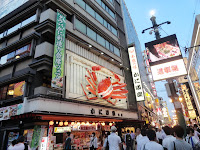 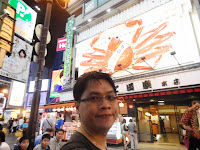 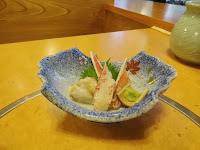 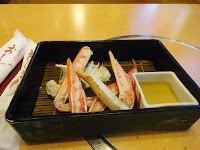 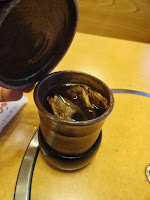 After the heavenly dinner, I returned to Hotel Toyo and crashed for the day. Actually, I'm quite delighted to say that although my ¥1500 room is simple, it was already better than I expected since I didn't have much hopes on such a cheap room. Apparently, there are also alot of budget hotels in the same area and most of them charge below ¥3000 per night. 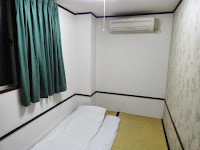 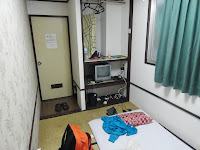