For my last day in Osaka, I was toying with the idea of going to Arima Onsen in the afternoon. For the morning, I went to Kuromon Market in Osaka for a brunch at about 11am. Surprisingly, the market is not too crowded at this time. 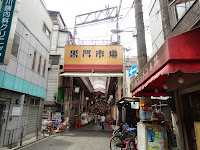 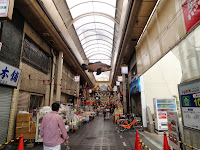 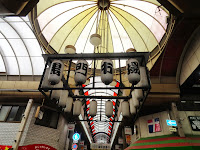 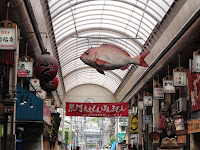 I settled for my brunch in Kuromon Sanpei, which was recommended in the tourist brochure and also seems to be one of the more popular shops in the market. I feasted on a sashimi set, teriyaki scallops, lightly boiled crab meat and also one big oyster. 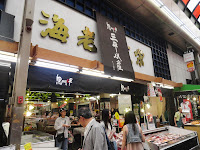 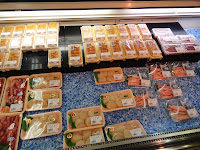 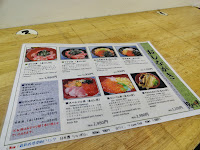 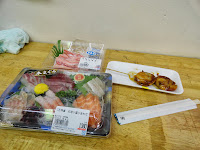 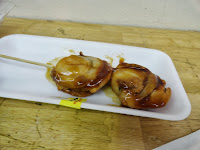 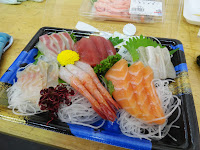 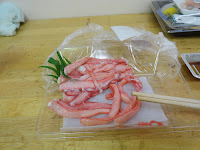 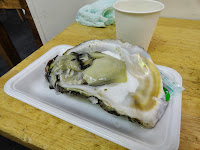 After my brunch, I went to Osaka station and was hoping to take the bus that goes direct to Arima Onsen. However, I realised the timetable seems unfavourable to me so I had to go along with the confusing train+subway option. First, I took the JR Kobe train to Sannomiya. Then, I took the subway to Shin-Kobe. Next, I switched to a train heading for Tanigama, another train to Arima-guchi and one more train to Arima Onsen. From the train station, I walked for about 15 minutes to Taiko no Yu, which is one of the public bath houses recommended in this guide. 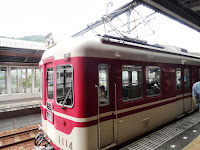 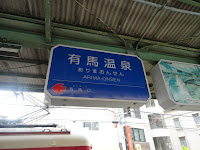 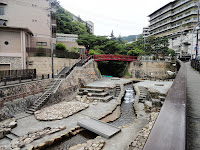 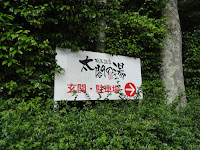 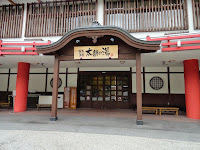 Taiko no Yu is part of Arima View Hotel and the entrance fee is ¥2,400, which may seem slightly steep compared to Spa World in Osaka. However, I find the place to be very nice. There are several indoor pools that are not too hot. Some of the pool are called "golden" baths because they had minerals that gave it a brown colour. Apparently, it can help healing of certain ailments. Just next to the indoor pools, there is a dry sauna as well as a steam sauna. One floor up is where the outdoor pools are. There are also reclining benches for resting in the nice weather. Several of the outdoor pools are also filled with minerals. After relaxing in this bath house for some time and also enjoying a massage, I took the free shuttle bus to the train station and also the series of trains to Sannomiya. 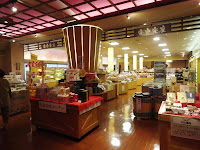 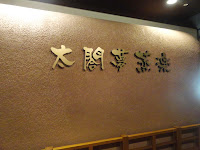 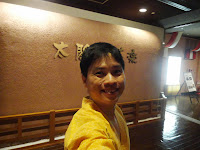 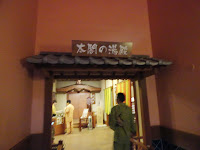 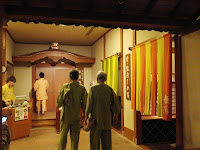 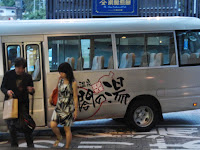 Back in Sannomiya, I had my dinner in Nakau, which seems to be a fast food restaurant. I struggled to read the menu with my limited command of hiragana/katakana. When I stepped inside, I realised I had to order using the ticketing machine. Once again, I struggled to read what's written on the buttons. Nevertheless, I was able to order kitsune udon, Asahi beer and also randomly tried a dessert called purin (which I later found out is pudding). After dinner, I took the train back to Osaka and also purchased a shinkansen (bullet train) ticket for the next day's journey to Tokyo.
on Sunday, June 02, 2013